The author of over 100 publications in neuroscience, psychology, and psychiatry, Mario has been selected by the World Media Net to be among the “One Hundred Pioneers of the 21st Century” due to his considerable research into the neuroscience of consciousness. In 2013, he participated in a dialogue with the Dalai Lama regarding the science of mind (Melbourne, Australia). In September 2007 Mario published the book, The Spiritual Brain: A Neuroscientist’s Case for the Existence of the Soul (HarperCollins), in collaboration with science writer Denyse O’Leary. He more recently published Brain Wars (Harper Collins, 2012). In these books, he demonstrates that mind and consciousness are much more than the activity of nerve cells in our brains. He is also co-author of the Manifesto for a Post-Materialist Science, the author of the Theory of Psychelementarity and one of the founders of the Campaign for Open Science.

Dr. Beauregard’s groundbreaking work on the neurobiology of emotion and mystical experience while he was at the University of Montreal has received extensive international media coverage. More recently, the National Film Board of Canada has produced a documentary film about his work titled, The Mystical Brain. Dr. Beauregard is also a distinguished member of the Institute for Research on Extraordinary Experiences in France and the Lifeboat Foundation in the United States.

Dr. Beauregard has appeared over several radio programs in the U.S.A., Canada, and Europe, Asia, and Australia. His research has been featured on TV (Discovery Channel) and in many newspapers and magazines, including Nature, Science, The New Scientist, Scientific American Mind, and The Economist. He has received a number of distinctions, including the Joel F. Lubar Award (International Society for Neuronal Regulation, USA) and the Spectrum Award (The Institutes for the Achievement of Human Potential, USA). 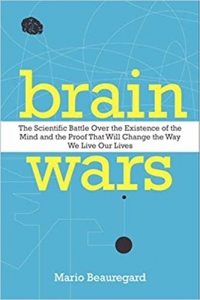 Brain Wars: The Scientific Battle Over the Existence of the Mind and the Proof That Will Change the Way We Live Our Lives 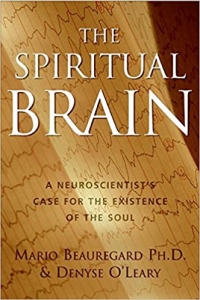 The Spiritual Brain: A Neuroscientist’s Case for the Existence of the Soul