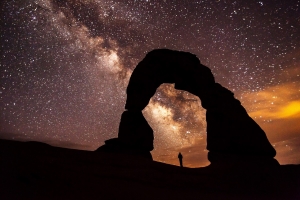 Some of the world’s leading consciousness researchers gathered for a series of round tables to launch the landmark Academy for the Advancement of Postmaterialist Sciences Volume 2: Expanding Science

Academy for the Advancement of Postmaterialist Sciences
Galileo Commission,
Scientific and Medical Network, and
Institute of Noetic Sciences 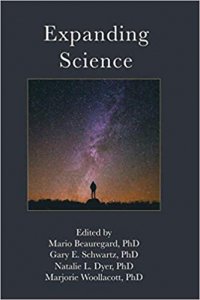 AAPS is requesting donations for registration;
$20 for members, $25 for non-members, or $30 as an additional donation.
All registrants will receive links to the recordings.

Register now for the session recordings

During a meeting held in Tucson, Arizona, the emergence of this new paradigm was discussed among a multidisciplinary group of scientists who shared a collective disillusionment with materialism. Titled the ‘International Summit on Postmaterialist Science, Spirituality, and Society’, its purpose was to advance the development of postmaterialist science and the emerging postmaterialist paradigm, for the betterment of science, spirituality, and society. Scientists spanning fields of expertise from biology and neuroscience to psychology, medicine, and psi research attended this watershed event.

After the Summit, the organizers produced the anthology of perspectives and evidence concerning the emergence of postmaterialist science, titled ‘Expanding Science – Visions of a Postmaterialist Paradigm’. While this book is relevant to experts from various academic disciplines, it is also written for those with an interest in science, consciousness, mind-brain relationship, philosophy, and spirituality.

Following this event, the participants published the Manifesto for a Postmaterialist Science in the scientific journal ‘Explore: The Journal of Science and Healing’. Since the publication of this groundbreaking manifesto, over 300 scientists and philosophers around the world have given their support to this movement by adding their signatures to this manifesto.

What if consciousness is fundamental and even primary?

The Galileo Commission report argues for an expansion of the philosophical basis of a science of consciousness beyond the conventional physicalist worldview by widening the evidence base to examine the implications for our understanding of reality of research into significant human experiences such as veridical OBE perceptions in NDEs, children who remember previous lives, and extensive scientific studies of parapsychological phenomena. The Galileo Commission encourages scientists and academics to ‘look through the telescope’ at this evidence base that represents a fundamental challenge to the prevailing materialistic outlook.

There is now growing support for the idea that consciousness is fundamental and even primary, as Max Planck noted – and these views have considerably greater explanatory power when it comes to accounting for this wider evidence base, which materialist positions tend to ignore or dismiss – as Jeff Kripal observes, our conclusions are a function of our exclusions and that to ‘dismiss is to miss.’

This second Galileo Commission Summit will feature a series of roundtables with most of the prominent researchers in this second volume of the AAPS book series Advances in Postmaterialist Sciences, created with the intent of educating scientists, students, and science-minded readers about postmaterialist consciousness research and its applications. The intention is that each volume combines rigour and creativity, expresses first person (inner experiences) as well as third person (external observations), and facilitates the betterment of humanity and the planet.

Mario Beauregard, Ph.D. is a neuroscientist currently affiliated with the Department of Psychology at the University of Arizona. His ground-breaking work on the neurobiology of emotion and mystical experience has received international media coverage. Dr. Beauregard is the author of ‘Brain Wars: The Scientific Battle Over the Existence of the Mind and the Proof That Will Change the Way We Live Our Lives’.

Natalie L. Dyer, Ph.D. is a Research Scientist with Kripalu Center for Yoga & Health and Connor Integrative Health Network. She completed her PhD in Neuroscience at Queen’s University and her Postdoctoral Fellowships in Psychology at Harvard University and at Harvard Medical School. She has published multiple scientific papers and presented her research to diverse audiences throughout North America and Europe. Natalie is also an energy medicine practitioner and teacher, incorporating Japanese Usui Reiki and North American, European, and Tibetan shamanism into her practice.

Larry Dossey, M.D. is an internal medicine physician, former Chief of Staff of Medical City Dallas Hospital, and former co-chairman of the Panel on Mind/Body Interventions, National Center for Complementary and Alternative Medicine, National Institutes of Health. He is executive editor of the peer-previewed journal ‘Explore: The Journal of Science and Healing’. He is the author of 12 books on the role of consciousness and spirituality in health, most recently ‘One Mind: How Our Individual Mind Is Part of a Greater Consciousness and Why It Matters’, which have been translated into dozens of languages. He lectures around the world.

Neal Grossman, Ph.D. is a recently retired associate professor of philosophy at the University of Illinois at Chicago. His interests have been far ranging, from the Philosophy of Science, especially quantum mechanics, to Spinoza, Plato, mysticism, and now, survival research. He has published two books: (i) ‘The Spirit of Spinoza: Healing the Mind’, is a readable presentation of Spinoza’s remarkable system of spiritual psychotherapy. And (ii) ‘Conversations With Socrates and Plato: How a Postmaterialist Social Order Can Solve the Challenges of Modern Life and Insure Our Survival’.

David Lorimer is Chair of the Galileo Commission and Programme Director of the Scientific and Medical Network. His new book of essays, ‘A Quest for Wisdom’, has just been published.

Alexander Moreira-Almeida, M.D., Ph.D. is Associate Professor of Psychiatry in the School of Medicine (Universidade Federal de Juiz de Fora) and Founder and Director of the Research Center in Spirituality and Health, Brazil. He is Chair of the WPA (World Psychiatric Association) Section on Religion, Spirituality and Psychiatry and Coordinator of the Section on Spirituality of the Brazilian Psychiatric Association. He is the editor of ‘Exploring Frontiers of the Mind-Brain Relationship’, and is also a co-founder of the Campaign for Open Sciences to promote the movement toward a Postmaterialist Science.

Diane Hennacy Powell, M.D. is an award-winning clinician and internationally recognized expert on autism and savant syndrome. She is an independent researcher with a private neuropsychiatry practice in Medford, Oregon. She became the Director of Research for the John E. Mack Institute in 2005 and was the Project Director for the Annual Transformation of Consciousness Report for the Institute of Noetic Sciences, which resulted in the widely-acclaimed 2007 Shift Report. Her 2008 book ‘The ESP Enigma’ (Walker) received an award from the LA Festival of Books and has been translated into German, Portuguese, and Finnish.

Dean Radin, Ph.D. is Chief Scientist at the Institute of Noetic Sciences and Associated Distinguished Professor at the California Institute of Integral Studies. He has held appointments at AT&T Bell Labs, Princeton University, University of Edinburgh, and SRI International, and is the author or coauthor of over 200 technical and popular articles, four dozen book chapters, and four books, including the best-selling ‘The Conscious Universe’ (1997), ‘Entangled Minds’ (2006), the 2014 Silver Nautilus Book Award winner ‘Supernormal’ (2013), and ‘Real Magic’ (2018).

Marilyn Schlitz, Ph.D. is a social anthropologist, researcher, writer, and charismatic public speaker. She currently serves as President Emeritus and Senior Fellow at the Institute of Noetic Sciences. For more than three decades, Marilyn has been a leader in the field of consciousness studies. Her research and extensive publications focus on personal and social transformation, cultural pluralism, extended human capacities, and mind body medicine. She recently wrote and produced a feature film (called ‘Death Makes Life Possible’) with Deepak Chopra on the topic of death and dying, and how engaging that topic in a deep and meaningful way informs the way we live our lives. Schlitz is currently Dean of the Institute of Transpersonal Psychology at Sofia University in Palo Alto, Ca.

Lorne Schussel, Ph.D., M.S. is a Clinical Psychologist, Postdoctoral Fellow and Research Director of the Contemplative Science and Post Materialism Lab at Columbia University, Teachers College. He is visiting faculty at the Spirituality Mind Body Institute and formerly Project Director of the Contemplative Neuroscience and Connectivity Project.  His research focuses on the utilization of novel mind-body practices, human connectivity, contemplative neuroscience, and integrating clinical biomarkers (epigenetic, HR, EEG) into clinical research. Dr. Schussel developed a psychological healing practice known as “The Best Self Visualization Method” which has been cited in the New York Times, ABC-online, and the Huffington Post.

Gary E. Schwartz, Ph.D. is a professor of psychology, medicine, neurology, psychiatry, and surgery at the University of Arizona and director of its Laboratory for Advances in Consciousness and Health. He served as the Founding President of the Academy for the Advancement of Postmaterialist Sciences. His books include ‘The Afterlife Experiments’, ‘The Sacred Promise’, and ‘Super Synchronicity’.

Rupert Sheldrake, Ph.D. best known for his hypothesis of morphic fields and morphic resonance, is a biologist and author of more than 85 technical papers and 11 books, including ‘Morphic Resonance: The Nature of Formative Causation’ and ‘Science Set Free: 10 Paths to New Discovery’ (called ‘The Science Delusion’ in the UK). He was a Fellow of Clare College, Cambridge, where he was Director of Studies in biochemistry and cell biology, and was also a Research Fellow of the Royal Society. He is currently a Fellow of the Institute of Noetic Sciences, in California, and of Schumacher College, in Devon, England. He is also a co-founder of the Campaign for Open Sciences to promote the movement toward a Postmaterialist Science.

Pim van Lommel, M.D. is a cardiologist who has studied near-death experiences (NDEs) for more than thirty years. In 2001, he and his fellow researchers published a study on NDEs in the renowned medical journal The Lancet. The article caused an international sensation as it was the first scientifically rigorous study of this phenomenon. He is the author of the bestseller ‘Consciousness Beyond Life: The Science of the Near-Death Experience’.

Marjorie Woollacott, Ph.D. is Professor Emeritus of Human Physiology and Neuroscience at the University of Oregon. Her research has been funded by the National Institutes of Health and includes both research in rehabilitation medicine and alternative forms of therapy such as tai chi and meditation. She is president of the Academy for the Advancement of Postmaterialist Sciences (AAPS), the Research Director of the International Association of Near Death Studies (IANDS), and has written more than 200 peer-reviewed research articles—several of which were on spiritual awakening and meditation, the topic that motivated her to write her latest book, ‘Infinite Awareness: The Awakening of a Scientific Mind’.