Skip to content
Consciousness Unbound: Liberating the Mind from the Tyranny of MaterialismDeborah Erickson2021-09-05T22:51:26+00:00 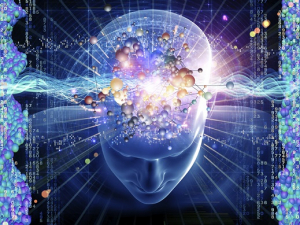 Consciousness Unbound: Liberating the Mind from the Tyranny of Materialism

What if consciousness is fundamental and even primary?

A partnership of The Scientific and Medical Network, Galileo Commission, Institute of Noetic Sciences, Academy for the Advancement of Postmaterialist Sciences (AAPS) and Division of Perceptual Studies present some of the leading researchers in the sciences and humanities for a series of round tables to launch the landmark volume Consciousness Unbound: Liberating Mind from the Tyranny of Materialism, edited by Edward F. Kelly and Paul Marshall, and initiated under the auspices of Esalen Institute’s Center for Theory & Research and University of Virginia’s Division of Perceptual Studies.

Donations are requested for registration.  All registrants will receive

links to the session recordings.

The Galileo Commission Report argues for an expansion of the philosophical basis of a science of consciousness beyond the conventional physicalist worldview by widening the evidence base to examine the implications for our understanding of reality of research into significant human experiences such as veridical OBE perceptions in NDEs, children who remember previous lives, and extensive scientific studies of parapsychological phenomena. The Galileo Commission encourages scientists and academics to ‘look through the telescope’ at this evidence base that represents a fundamental challenge to the prevailing materialistic outlook.

There is now growing support for the idea that consciousness is fundamental and even primary, as Max Planck noted – and these views have considerably greater explanatory power when it comes to accounting for this wider evidence base, which materialist positions tend to ignore or dismiss – as Jeff Kripal observes, our conclusions are a function of our exclusions and that to ‘dismiss is to miss’.

This latest Galileo Commission Summit will feature a series of roundtables with contributors to Consciousness Unbound, the third volume to emerge from one of Esalen Institute’s Center for Theory and Research projects. Building on the groundbreaking research presented in Irreducible Mind (2007) and Beyond Physicalism (2015), Edward F. Kelly and Paul Marshall gather a cohort of leading scholars to consider the significance of extraordinary experiences for our understanding of reality. Currently emerging as a middle ground between warring fundamentalisms of religion and science, an expanded science-based understanding of nature finally accommodates empirical realities of parapsychological and spiritual sorts while also rejecting rationally untenable over-beliefs.

Since its founding in 1962, Esalen Institute has regularly sponsored research fellowships in fields that mainstream scientific and religious institutions typically neglect or avoid altogether. Consciousness Unbound is the latest offering to emerge from one of these fellowships, the Sursem or ‘Survival Seminar’ project, initiated by Esalen Institute co-founder Michael Murphy in 1998 to investigate evidence suggestive of postmortem survival—the persistence of aspects of human mind and consciousness following bodily death. This investigation evolved into a broader study and assessment of the many kinds of phenomena that challenge common assumptions about the limits of consciousness, assumptions grounded in the influential materialist worldview of our times. Consciousness Unbound presents the latest fruits of this research, presenting new information regarding some of the most theoretically challenging empirical phenomena (near-death experience, cases of the reincarnation type, precognition) and additional philosophical positions that are potentially capable of making sense of them, plus reflections on what all this work may mean for contemporary scholarship on the humanities, science and philosophy as well as for human affairs more generally.

Prof Edward F. Kelly – Introduction to the Sursem research project and the trilogy that came out of it: Irreducible Mind, Beyond Physicalism, and Consciousness Unbound.

4:00 – 6:00 pm • Liberating Mind from the Tyranny of Materialism: Toward A New Metaphysic • Chair: Marjorie Woollacott

Prof Max Velmans – Is the Universe Conscious? Reflexive Monism and the Ground of Being

6:30 – 8:45 pm • The Emerging Vision of Consciousness and Why It Matters • Co-Chairs: Prof Edward F. Kelly and John Cleese

Prof Jeffrey J. Kripal – The Future of the Human(ities): Mystical Literature, Paranormal Phenomena, and the Contemporary Politics of Knowledge